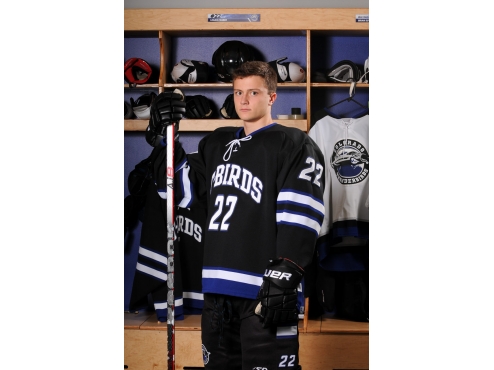 The Colorado Thunderbirds are pleased to announce that Logan Fauber has been invited to attend the 2013 USA National Team Development Program (NTDP) Evaluation Camp from March 22 - 26 in Ann Arbor, MI.  “The Thunderbirds are proud that our highly nationally ranked program continues to provide an environment that is advancing players to the NTDP,” said Angelo Ricci, U16 Head Coach and Director of Hockey Operations.  “It is a credit to our players, the Thunderbird coaching staff and our program.  We wish Logan all the best as he competes to earn a spot on the U17 team for the 2013-2014 season,” added Coach Ricci.  Fauber is expected to be selected in the USHL Futures Draft in May.