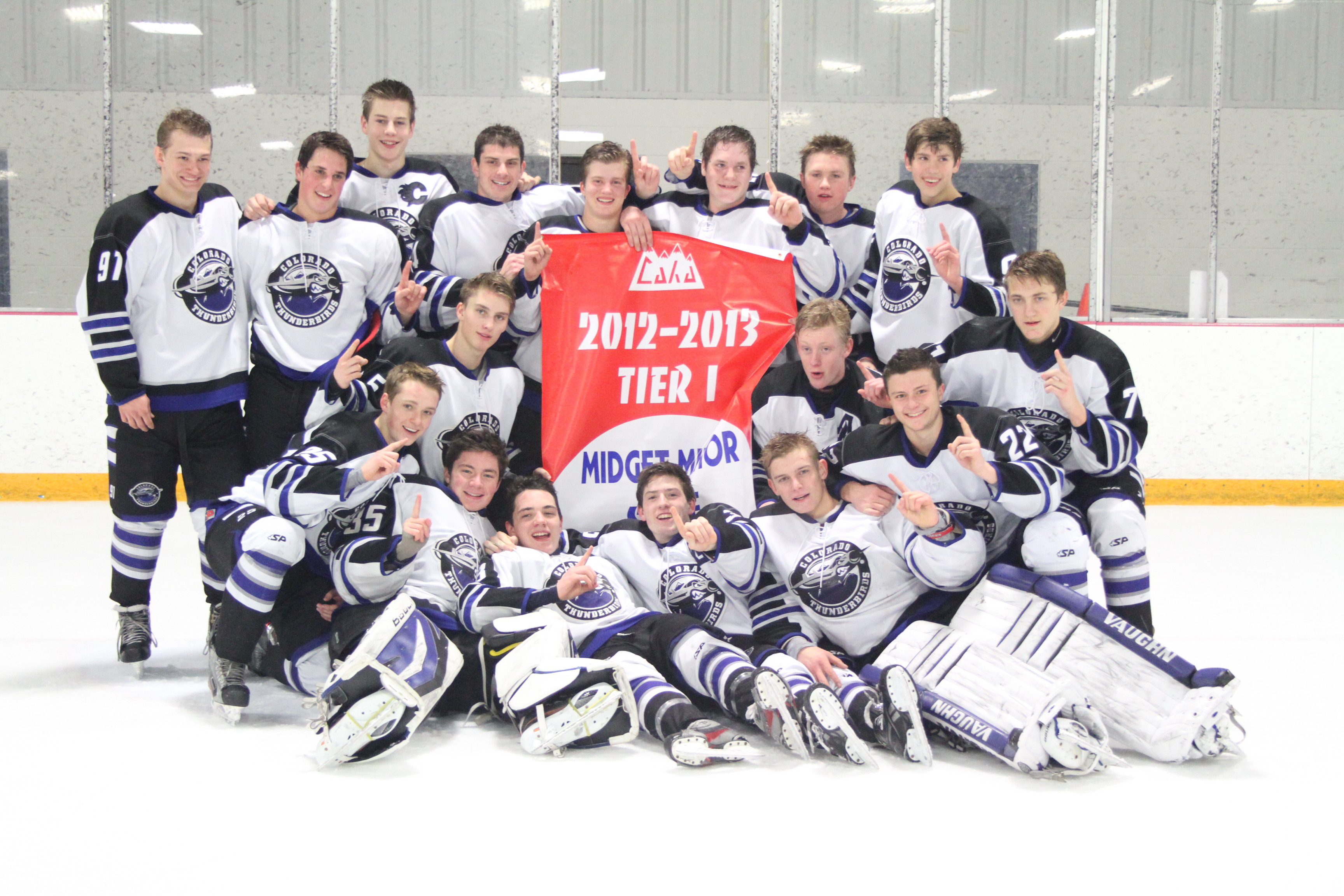 Congratulations to the Colorado U14 and U16 teams as they each claimed their respective Colorado Tier 1 State Championship.

The U14 Thunderbirds beat the Colorado Rampage 9-1, and the Rocky Mountain Roughriders 3-2 and 6-2 for their fourth straight title.  The U16 Thunderbirds claimed their 8th straight state championship by defeating Pikes Peak 4-2, Colorado Rampage 3-0 and in the championship game topped the Rocky Mountain Roughriders 3-0.  The U14 team is currently ranked #6 and U16 team is ranked #4 in the country.

The Thunderbirds U18 finished runner up.  They lost to the Rampage 5-3 in the title game.