The Colorado Thunderbird 16U American team went 6 and 0 to win the Detroit Warrior AAA Invitational tournament this past weekend.  The format of the tournament was two 20 minute periods each game.  The team started out strong in the round robin play defeating the 16U Naperville Sabres 5-3, the 16U Holland Ice Dogs 4-2 and finishing with a shutout against the 16U Kennsington Valley Rebels 4 -0.  Advancing to the quarter finals as the 2nd seed, the team faced the Alaska Allstars who were one of the wild cards coming out of pool play.  The game was fast paced and hard hitting but the Tbirds were able to come away with 1-0 victory sending them to the semi-finals.  The Tbirds faced off with the Mississauga Jets who were also undefeated heading into this semi-final game.  The team struggled a little in the first period going into the ice make down 0-1 but came back swinging in the second defeating the Jets 4-1.  In the championship game, the Tbirds faced the 5th seeded 16U Florida Alliance.  The Tbirds were unable to take advantage of many scoring opportunities in the 1st period and went into the ice make even at 0-0.  A couple of early goals in the 2nd period by the Tbirds set the pace for a commanding 3-1 victory.  An excellent weekend for these young men proving that teamwork really does make the dream work! 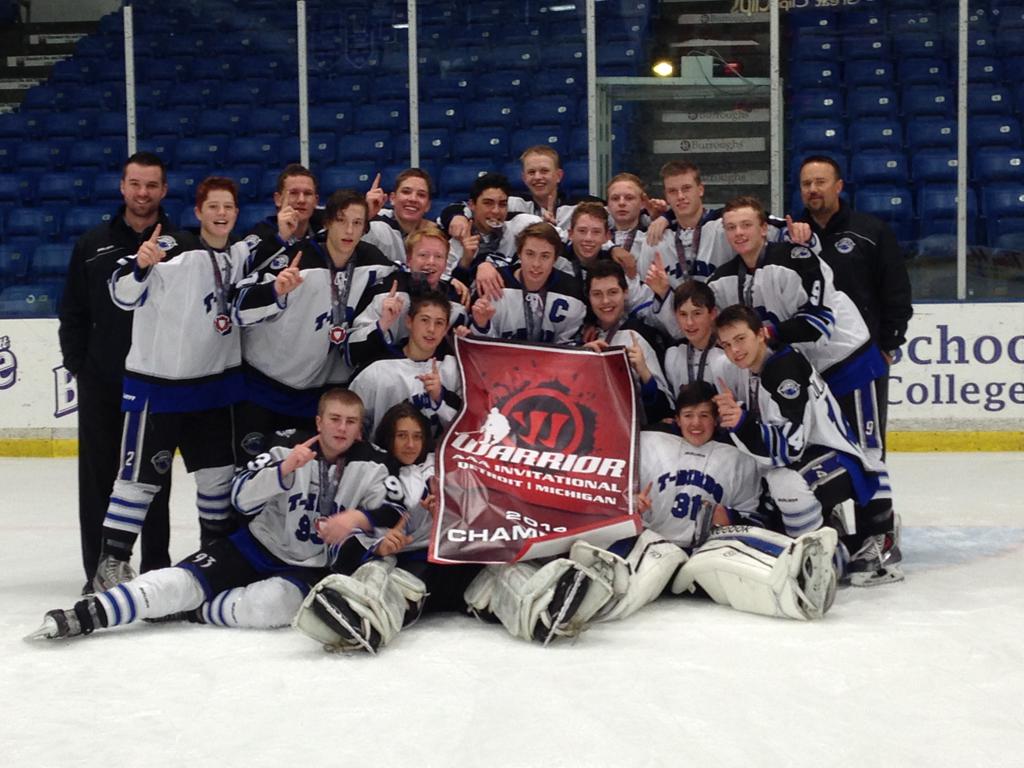