U11 Thunderbirds Finish as Runner-Ups at Hometown Super 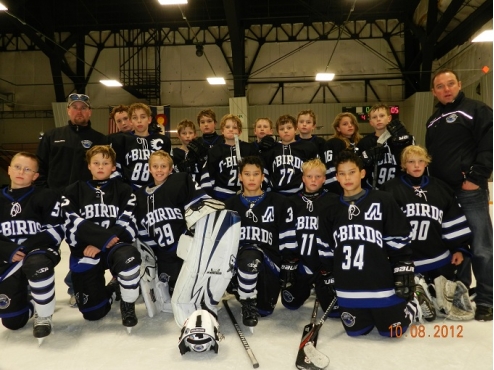 The U11 team had a strong showing in their third tournament of the year right here in Denver this past weekend. The hometeam fell to the LA Jr. Kings 4-2 in the Championship game on Sunday, but it wasn't for lack of trying. The Tbirds blitzed the LA goaltender with a handful of shots in the first period but he came up big and stopped them all, sending both teams into the second period knotted at zero. The Kings got on the board first in the second period but Colorado answered with two quick back to back goals, taking the lead 2-1. LA would go onto score two more and then add another in the third for a 4-2 final and the right to take the Colorado Super Series Championship banner back to sunny California.