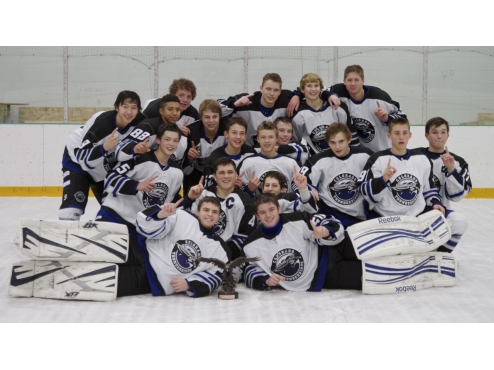 The Colorado Thunderbirds U14 team went 7-0 in the Littleton Thanksgiving Tournament Midget Minor AA Division to capture the tournament's "Bronze Hawk" trophy.  The Thunderbirds faced in-state U14AAA rival Roughriders both in round robin play and again in the championship game, shutting them out in both games.  The 98 Thunderbirds combined for  22 goals compared to only four by the competition over the seven games.  The U14s head to Lansing MI, to compete for Team USA in the Nations Cup tournament this weekend.