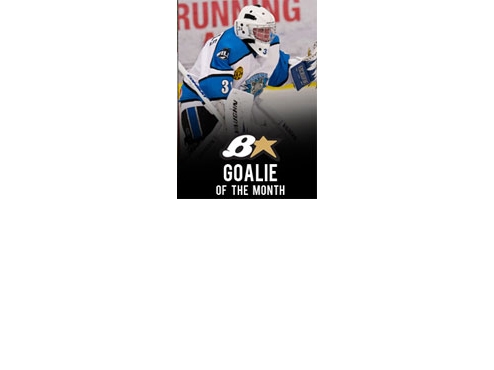 No stranger to earning NAHL awards, Wenatchee Wild goaltender and Dallas, Texas native Robert Nichols, 20, had his best month of the season in November, which earned him the NAHL Goalie of the Month Award.  Nichols, who is already committed to playing for the University of Connecticut next season, came into this season having won both the Goalie of the Year and Rookie of the Year awards during the 2011-12 season along with Odessa’s Connor Hellebuyck.  However, this season has been different because Nichols has been the #1 starter since the beginning of the season and that has translated into continued success.  The Wild played in just five games during the month, going 4-0-1, but Nichols (5’10/177) was in goal for all of them as he posted a 1.49 goals against average and a 93.6% save percentage during the month.  Nichols, who set an NAHL record a season ago with 10 shutouts, already has four this season (including one in November) to lead the NAHL in that category.  See the full release by pressing here.