U16 Carlo Called Up by WHL Tri-City Americans 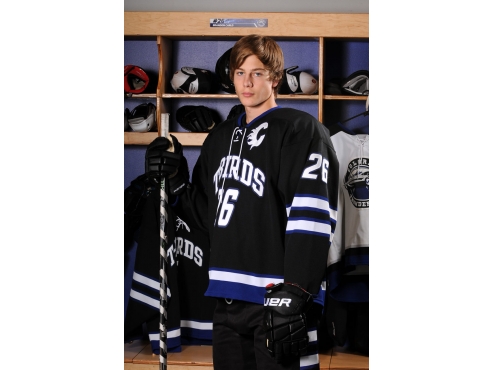 The Tri-City Americans announced today that 16-year-old defenseman Brandon Carlo will join the team for the remainder of the season.

Carlo, a 6’4 180-pound defenseman from Colorado Springs, Colorado, has spent the 2012-13 season competing as a member of the Colorado Thunderbirds U-16 team. He has appeared in 41 games and is the top scoring defenseman on the team, collecting 10 goals, 47 points and 58 penalty minutes. Carlo, who was drafted in the 10th Round (214th overall) by Tri-City in the 2011 Bantam Draft, was playing his second season with the U-16 Thunderbirds alongside fellow Tri-City prospect, Riley Hillis. Carlo will be eligible for the 2015 NHL Entry Draft.

Under the USA Hockey/Hockey Canada/CHL agreement, Carlo will be limited to six games played for the remainder of the season, including the 2013 WHL Playoffs. Carlo will wear #36 and join the Americans in Seattle on Tuesday.