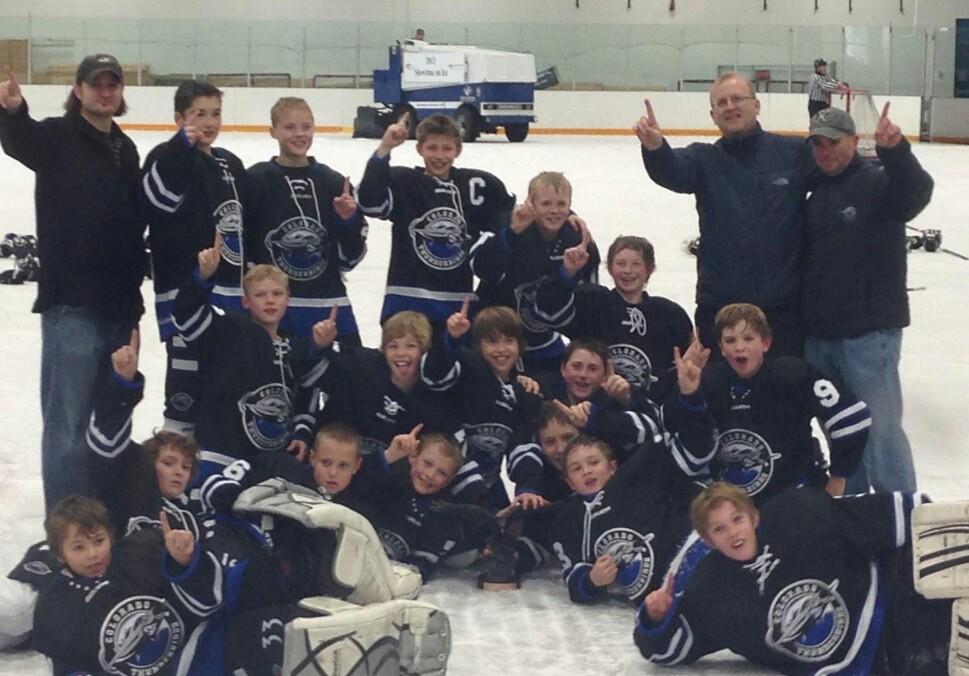 The U11 Thunderbirds capped off another exciting week of hockey by winning the 42nd annual Littleton Hockey Thanksgiving Tournament!  The boys were led by tournament MVP Dylan Peterson as they rolled through pool play to the 3rd seed.  In the semi-finals they came up big against the host club securing a spot in the finals for a rematch with the Jr. Pioneers.  The championship game did not disappoint as it took a huge team effort and a shootout to win their second tournament of the season.